7 Excuses You Must Avoid to Be an Effective Leader 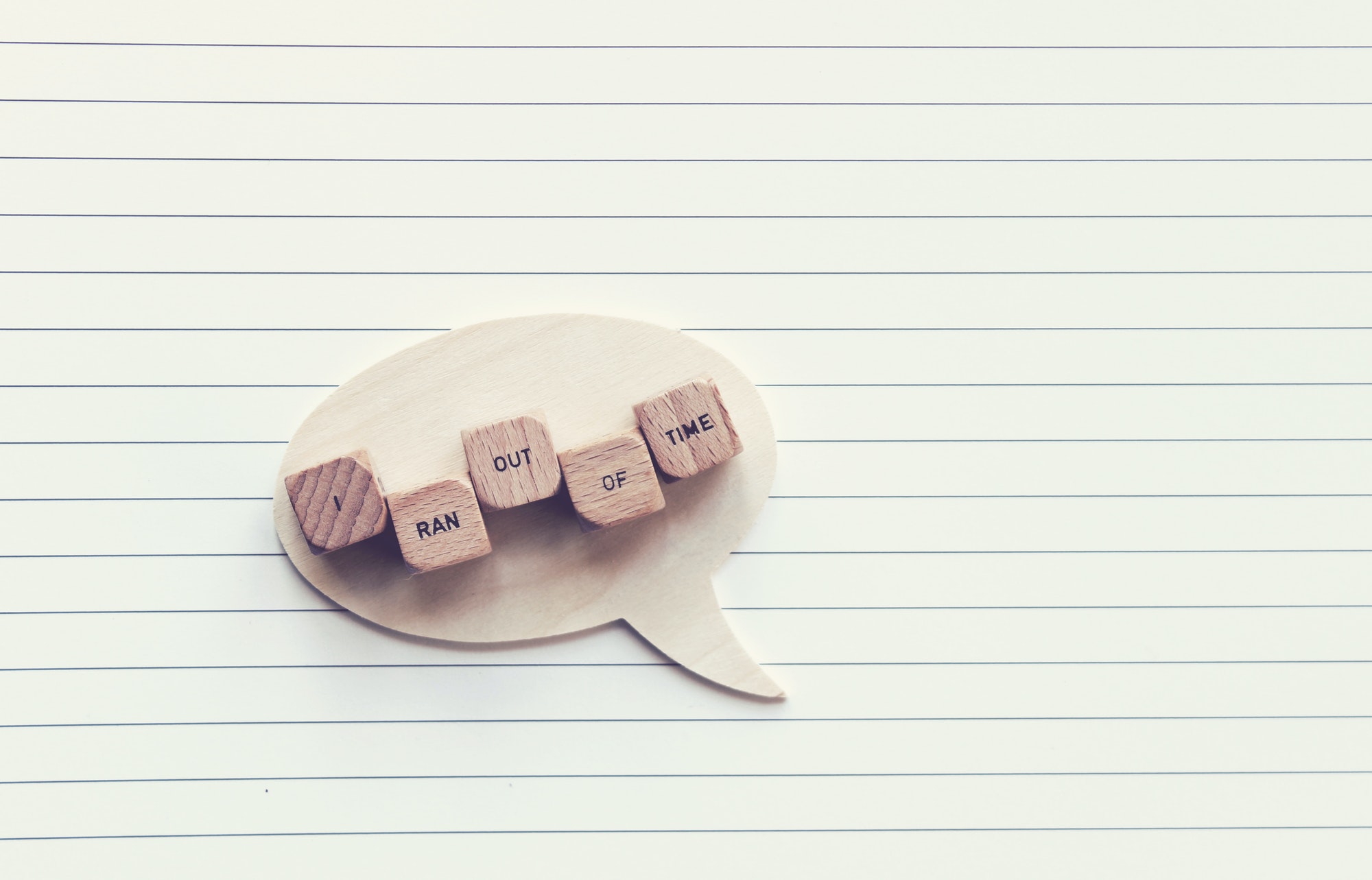 The culture of accepting excuses as reality is here. In previous generations, people were held accountable for making excuses for their behavior or decisions. Today’s workplace is different. Not only are we ok with rationalization, we almost encourage it.

To give you an idea of how popular making excuses has become, a recent study found the average American will make 2,190 excuses yearly (six reasons daily) to validate their decisions.

Before you go making an excuse for the research, we’ve all been there. Something doesn’t work out, or we are disappointed because reality didn’t meet our expectations. When things don’t go our way, it’s easy to look for something or someone else to blame. This is precisely what an excuse is; an attempt to lessen the blame; seek to defend or justify.

The best leaders recognize an excuse for what it is and refuse to make or accept them from others.

Great leaders don’t make excuses because it gets them further away from positive progress.

Allowing excuses to become a regular part of your everyday routine is a recipe for mediocrity and will put you in a powerless position. What if, instead of justifying things, you embraced responsibility and became powerful? How much better would you and your team perform if each person took ownership each day?

Take my health journey as an example. I have a weight goal that I am working towards this year. My accountability partner texted me yesterday, “Get your work in today?” My first response was an excuse, “Rear deltoid injury.” Without missing a beat, his response exposed my excuse, “But your legs still work, no?”

When it comes to leadership, many Managers and Executives have mastered the art of making excuses; placing responsibility onto someone else. With this in mind, here are the most common excuses I hear and ways to turn them into statements that will help you and your team be successful.

Excuse 1: “I am waiting on someone else.”

Without a doubt, this is the most popular excuse in corporate America. “I am waiting on someone else to do something, so I can do something.” While there is no denying the corporate decision-making structure and hierarchy in an organization, this excuse is paralyzing for a team working on accomplishing meaningful goals.

Instead of making this excuse, commit yourself to create a more compelling and value-oriented case for why a decision or action from someone else is needed quickly. Commit yourself to figure out why there is a delay and what you can do to help the situation instead of sitting back, powerless.

Finances and budgeting are a part of life and management. Instead of making this excuse, commit yourself to understand the budgeting process and what you or your team can do in the future to invest in the things you know are essential.

While this might mean delaying an initiative you believe is important, it will put you in a more powerful position the next time you’re ready to invest in your team or adopt a new software tool.

Time management is a part of every leader’s life. The collision course of people and things needing your time and attention is endless in a position of leadership. As Bhrett McCabe said on a recent episode of the Follow My Lead Podcast, “The job of a leader and a coach is a thankless job because you can never do enough.”

But there is one lesson I have learned in studying so many great leaders: “you make time for what’s important.”

Instead of making this excuse, commit yourself to a time management system that works for you and your team. Become a 5 AM club member, and you will be amazed at how much more time you have your day.

If there is an excuse that gets my blood boiling, this is it. I have written about this before; “what a leader tolerates, they encourage.” Instead of making this excuse, look in the mirror and ask yourself, “what else could you do to help a team member perform better or make better decisions.”

Everyone will make mistakes when they are doing challenging work, so embrace leadership’s responsibility and stop blaming your team. As Jack Welch famously said,

“When you were made a leader you weren’t given a crown, you were given the responsibility to bring out the best in others.”

As quickly as technology and the markets are changing, there is a good chance you and your team are now responsible for doing work that it wasn’t doing six months to a year ago. Pat Gelsinger’s (New CEO of Intel and incredible leader) inspirational message to his new team at Intel highlighted the speed at which they had to innovate. He wrote, “passionately innovate with boldness and speed.”

As great as the vision is, it won’t happen if employees at Intel use the excuse, “I haven’t done this before.” Instead of making this excuse, commit yourself to a growth mindset. Get comfortable with the idea that you can figure things out with research, hard work, and collaboration with others.

In this world with an ever-growing grey area, there still is right from wrong. I have written before about how to ensure you don’t become a bad leader. Understanding your core values and embracing your character is paramount in leadership.

Robert Caslen, a retired US Army Officer, current president at the University of South Carolina, and author of The Character Edge, told me in an interview on the Follow My Lead Podcast, “If you fail at character, you fail at leadership.”

Instead of making this excuse, take ownership of the mental and moral qualities distinctive to you and draw a line in the sand for what’s right and wrong. You might not win in the short-term because of your character, but you will in the long-term.

Excuse 7: “This market makes it too hard.”

There is no denying the impact of Covid on business markets. For some, it’s been a blessing they could never have expected, and for others, it’s been the curse no one would wish on their worst enemy.

Instead of making this excuse, accept the reality that COVID has placed on your team or business and look to transform and survive in the new market. The truth is, anyone or any team can reinvent themselves within a year if they put enough time, energy, and effort into it. With this mindset, you and your team can challenge yourself to try new things, innovate, and pivot to find new ways to succeed.

Excuses are easy to make, which means you will have to work twice as hard to recognize when making them. There is a simple trick I learned from Brian Kight, “Eliminate BCD; eliminate blaming, complaining or defending” from your language.

As Benjamin Franklin famously said, “Someone that is good at making excuses is seldom good for anything else.” Be the kind of leader who doesn’t make excuses and figures out a way to get things done. 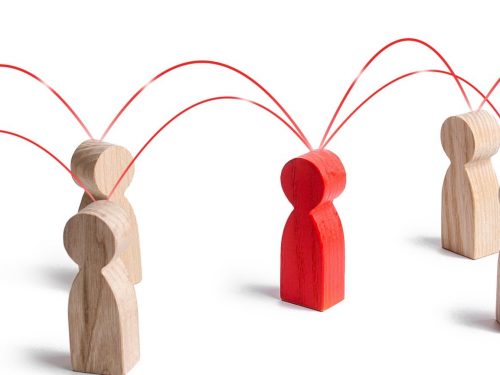 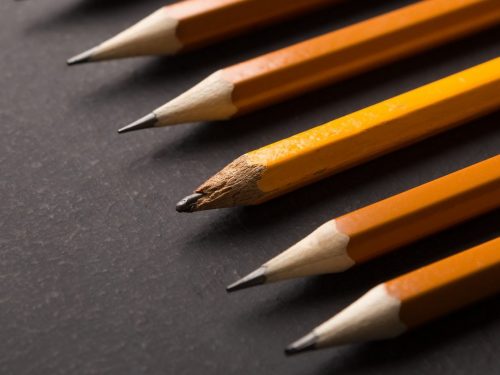