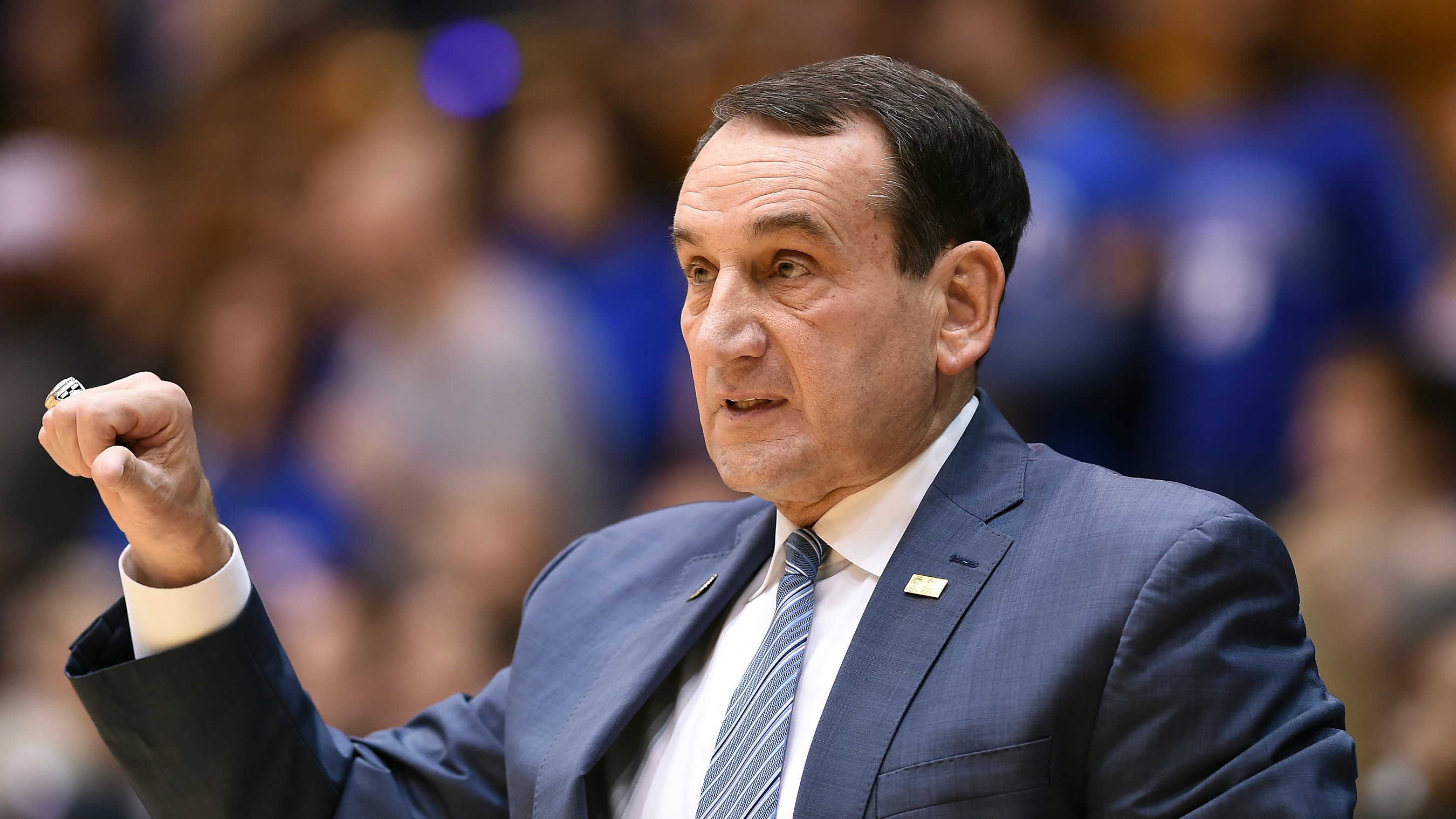 It’s the middle of March and that only means one thing for sports fans — March Madness. The yearly NCAA men’s college tournament began a couple weeks ago, and as usual, the Duke Blue Devils coached by the legend Mike Krzyzewski (Coach K) were one of the favorites.  Even though they ended up losing in heartbreaking fashion in the Elite 8 they were a major factor in the tournament.

Whether you are a Coach K fan or not, there are life and leadership lessons to be learned from him. His success on the court over 38 years at Duke is undeniable. Five National Titles, 12 Final Four appearances, and over 1,000 games won.

Coach K is known for sharing his knowledge and experience to help other people on their journey. Prior to the tournament was no different, when he shared a letter he wrote to his younger self about his historic path to becoming the winningest coach in NCAA history and recorded a video on CBS.

The letter contained this incredible lesson we all should learn from:

“Never underestimate the immense power of your imagination.”

It would have been hard for Coach K to imagine all of the success he has had when he first took the Duke head coaching job at 33 years old, but he clearly believed he was doing his life’s work and that greatness was in the future. Unquestionably, he visualized recruiting the best players, winning championships, and making a positive impact on people around him, even at a young age. While it didn’t guarantee the success he has ultimately achieved, there is no question it’s a main reason why it’s happened.

When you further explore what Krzyzewski is saying, you begin to see why this advice can be used all your life.

Have a goal-driven life.

The power of goal setting is undeniable. This week, on the Follow My Lead podcast, Chris Elmore, a co-founder of the high-growth tech company AvidXchange said, “There is something about setting really high goals that encourage people to no end.”

Without using your imagination and allowing your mind to come up with goals for yourself, you limit your potential. If you haven’t already, write down the goals you want to achieve this year today.

Here is a pro tip: If you don’t think your goals are a little crazy, you aren’t thinking big enough.

Be a visionary leader.

Take Elon Musk, the Tesla CEO and SpaceX founder, for example. He has a vision
statement for his team at SpaceX that’s simple, yet so powerful: “We are going to land people on Mars by 2025.” Imagine going to work every day trying to achieve something that is hard for the human mind to even believe is possible. It’s inspiring.

Visionary leaders see a future that most people can’t. When they communicate it to their team, it inspires the group to put in maximum effort over a long period of time to achieve it. Without allowing your mind to imagine something great is possible, the chances of it happening are slim to none.

Have a career filled with excitement.

Employee engagement rates aren’t at an all-time low just because of bad bosses (although they are the main culprit.) They’re also caused by people not using their imagination to consider what’s possible for their job, team, and company.

Instead of going to work every day to check off a task list, start thinking about what more is possible in your current role. What else could you do or come up with that could change the course of your career or company? Could you develop a new process to improve productivity? Could you solve a problem the company has been facing for decades?

Whether Coach K wins his sixth national title this year in the NCAA Tournament or not, he has passed on a lesson that we can learn from and use our entire life.

Free Welder Leader Profile Assessment  Join over 20k leaders and discover how well you are leveraging love and discipline as a leader and find out what profile you are for free.

Welder Leader for Organizations If you are interested in the assessment and think your organization could benefit from a modernized leadership development program. Find out more here.

About the Author John Eades is the CEO of LearnLoft a full-service organizational health and leadership development company. He is also the host of the Follow My Lead Podcast and author of Follow My Lead: Standing Out & Being a Leader, and is passionate about the development of modern professionals. Follow him on Instagram @johngeades.