Starbucks Founder Says This is the Most Undervalued Characteristic of Leadership 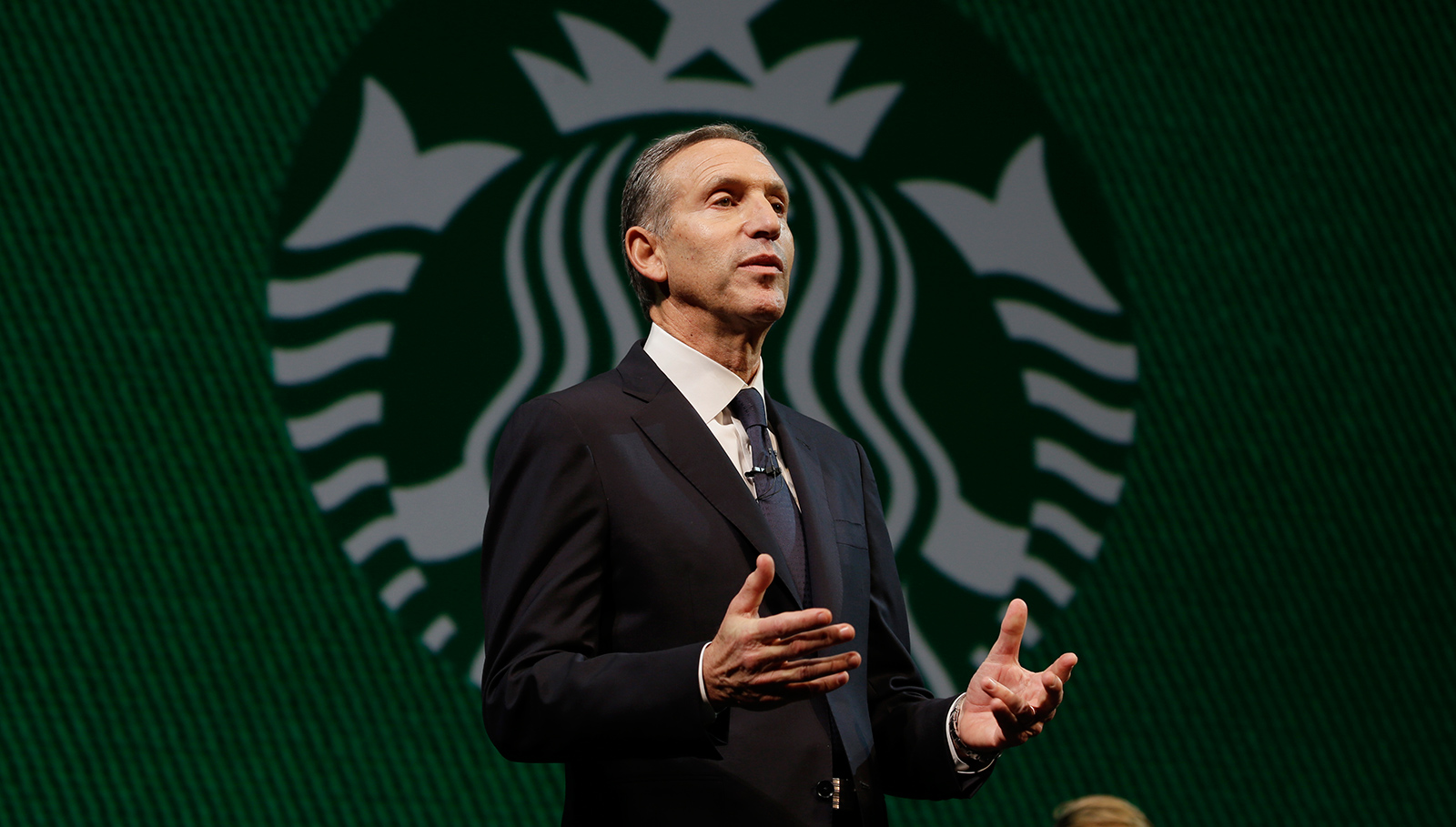 There are many entrepreneurial and leadership success stories in the world–but there may be none better than Starbucks and Howard Schultz.

The company’s original founders created a coffee company in the Pacific Northwest that only sold coffee beans. It was during these early years that Schultz, a young employee for Starbucks fell in love with the company and its brand, which lead him to want to make coffee more about the “experience.”

In 1987, with the help of the original founders, Schultz ended up putting together a group of investors to purchase Starbucks for $3.8 million. What transpired in 30 years is one of the great business success stories of all time: Starbucks employs over 240,000 people, is third largest fast food chain in the world with over 26,000 locations, and generates more than $22 billion in revenue in 2017.

Like any success story, there have been many difficult and trying times for one of the world’s top global brands. Schultz ran the company from 1987 to 2000, navigating global expansion and growth while maintaining the core values and culture that made Starbucks such a special place to get a cup of coffee.

As Schultz stepped away from his CEO duties, the business began to struggle. Growth became the main driving force and Starbucks failed to maintain the quality and experience its customers had come to expect. After an eight-year hiatus, Schultz returned to be president and CEO to help turn around the company he built.

When asked on an episode on NPR’s “How I Built This” podcast this past September, Schultz provided some insight into a few leadership lessons learned on the journey to rehabilitate Starbucks. “For years growth became our strategy and we became entitled because of our success,” he said. “Turns out, growth is not a strategy and success in any business is not an entitlement.”

Schultz went on to give some incredible leadership advice to anyone managing or leading a team:

“The most undervalued characteristic of leadership is vulnerability and asking for help.”

The wisdom of Schultz’s latter comment should be evident, but surprisingly, most leaders tend to struggle with it. In my company’s recent research of over 20,000 leaders for the Welder Leader Program, the top characteristic managers struggle with is being vulnerable and asking for feedback from their team.

If as a leader of people you can break through what’s keeping you from baring your truths, it will pay off. There are three clear benefits for any leader who is more vulnerable with their team and consistently asks for feedback:

At the core of leadership and life are relationships. In the first couple weeks of my first leadership role, I focused so much on vision, strategy, and execution–and I was met by my team with apathy.

I learned quickly that I had missed an important step. Developing strong and healthy relationships with each member of my team. Remember, people buy into the leader well before anything else. When I finally admitted to my team after a couple weeks that I didn’t know everything and I needed their help and ideas, much stronger relationships began to take shape.

Bill Hybels, a famous pastor who writes and speaks about leadership, said at the 2015 Global Leadership Conference, “Many leadership problems are driven by low self-awareness.”

Hybels gets it right. It wasn’t until I opened myself up to feedback from my team about how I was doing as a leader that I realized many of the issues going on in our team was due to my own shortcomings. This increase in self-awareness allows me to go to another level and operate outside myself. It will do the same for you.

The statistics about employee engagement continue to be staggering. The latest research by Gallup shows 70 percent of all employees aren’t engaged in the work they do.

The main cause for this is poor front line management and leadership as a whole. By being a more vulnerable leader and asking for feedback from team members, the engagement level of the team will begin to rise.

While Schultz stepped away from his president and CEO role at Starbucks in 2017, he continues to teach us all lessons to help us on our journey.

Free Welder Leader Profile Assessment Through our work and research around what effective managers do differently, we have uncovered the best managers simultaneously use high levels of love and discipline. In the research, five leader profiles emerged (Ruler, Manager, Pleaser, Dabbler, and Welder.) Join over 22k leaders who have team members reporting to them and discover what profile you are for free and get the opportunity to improve your own self-awareness through as a leader through the Welder Leader 360°.

About the Author John Eades is one of LinkedIn’s 2017 Top Voices in Management & Workplace. He is the CEO of LearnLoft, host of the Follow My Lead Podcast and author of F.M.L. Standing Out & Being a Leader.