Why It’s So Important to Lead By Example 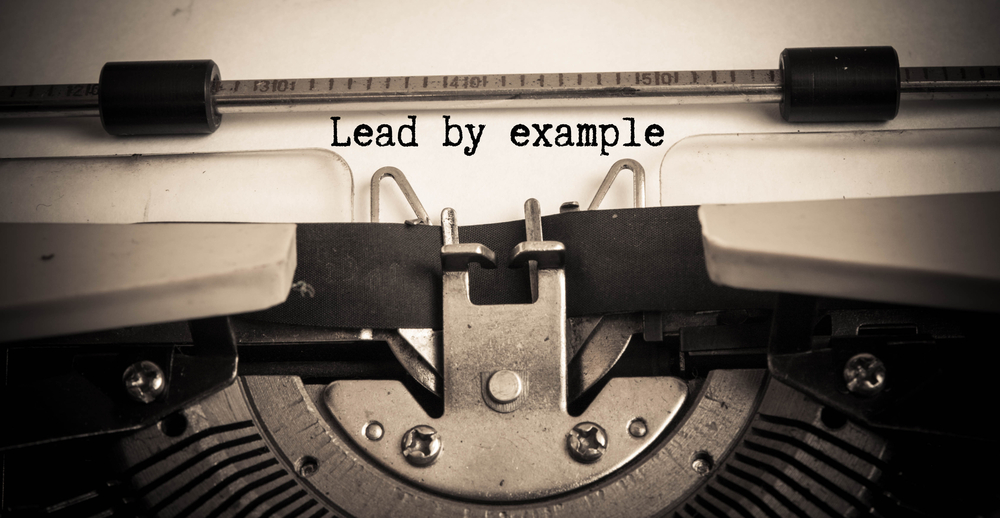 I have been thinking about what it means to ‘lead by example’. It’s a relatively simple concept that was hammered into us as Royal Marines Officers. It makes the point that it’s not what you say, it’s what you do that counts. People follow the example you set through your behavior – not your words.

It’s one of the reasons why children of smokers are twice as likely to start smoking. It doesn’t matter what we say, what matters is the positive or negative example that we set.

But how do we do this in reality – how do we actually lead by example?

I think the first thing you have to do is be brutally honest with yourself. Ignore what you’re good at for now. What are your weaknesses? What behaviors do you have that are going to damage you or those around you in the long-term?

This should hurt a little bit… but it’s a pain that will make you stronger in the long-term. It hurts but it doesn’t ‘harm’.

If you’re struggling to think of some of your own weaknesses – ask someone to play a ‘critical friend’ and give you some feedback for improvement. What are the things that you do that are likely to have a negative impact over the long-term?

This is the first step. Understanding that there is you as a person and then there is your performance. The two are completely separate.

The truth is that you are a person, flawed in your own way just like everyone else.

Your performance has nothing to do with you as an individual. Unless you can divorce your performance from your personality, it will be too painful to receive feedback and you’ll be on the slow path to self-development.

If you’re able to separate your performance and your personality – you’ll be able to take critical feedback and be able to adapt and improve faster.

The most unhelpful belief people can have is that they are not flawed in some way. We all are. The strongest and most successful know that they’re flawed – they just work on it.

Now you know what you’re weaknesses are, you can start to work on them. Look for moments where you slip-up and make mistakes. Try and catch yourself and ask yourself the following…

What is the long-term impact of this behavior?

This might work. It might not. But at least you’ve interrupted what was once an automatic decision-making process. Now, you’re deliberately making a choice about what you do next rather than following a set pattern of behavior.

Roderic Yapp is the CEO of Leadership Forces, a Leadership development partner of LearnLoft in England. Gain access to his expertise and learning content by signing up for the LearnLoft Leadership Library today.  The program can be deployed online or in-person.