What You Should Look For In Employees Beyond Talent, According to This Championship Coach 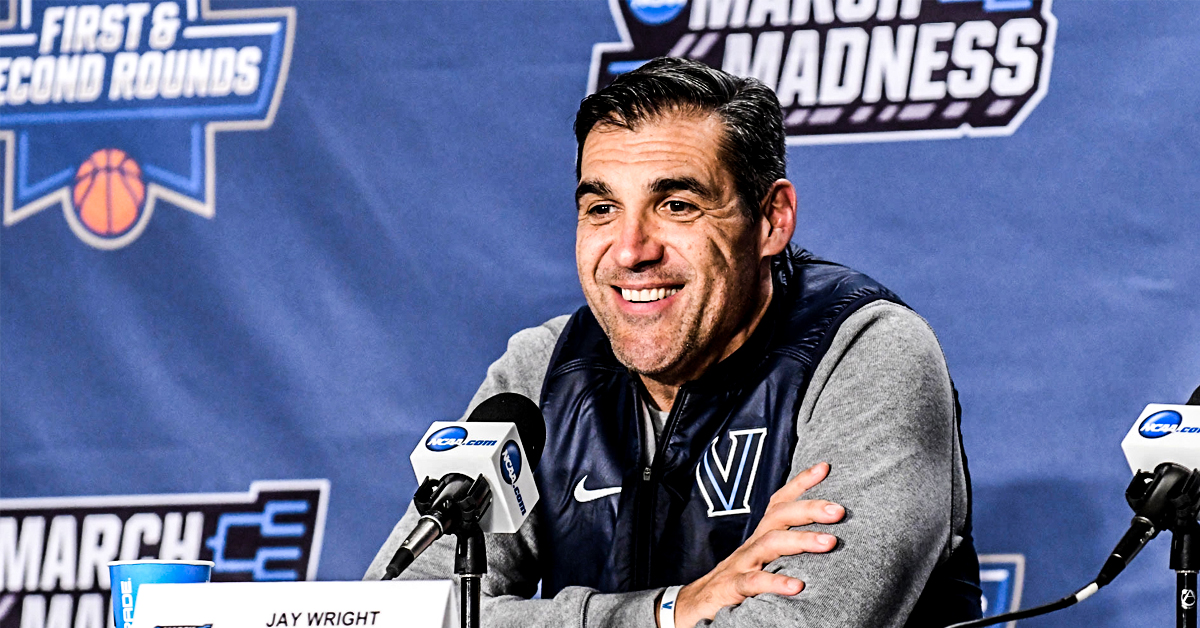 On April 3rd, 2018, Villanova Head Coach, Jay Wright, lifted the NCAA National Championship trophy for the second time in three years. While no one can debate his achievements as a great coach, his success was not immediate.

Hired in 2001, Wright became the 8th coach in Villanova history. Initially, Wright and his team struggled. In each of his first three seasons, all they could muster was NIT appearances, delivering well below the expectations of the Wildcat faithful.

What could possibly have changed between Wright’s first and most recent three-year time span? The obvious conclusion would be an increase in the talent of players, but coach Wright knows this success stems from much more than that.

I had the opportunity to interview him on the recent episode of the Follow My Lead podcast and Wright articulated the answer plain and simple. A high-level of basketball athleticism aside, two important qualities must be found in each of Wright’s players: Competitiveness and Character.

I have never met a leader who did not believe talent was a major part of success. Without this, a natural hurdle is created that will hinder the performance of an individual, team or business. At an institution such as Villanova, where the best talent competes for a place in the program, the differentiators hold the most weight. As Wright knows, this is what has made his team so successful in developing and molding a unique culture.

“We want guys who want to come in and compete (competitiveness) but at the same time have the character to handle failure, handle success, have a good attitude, and have a hunger in continuing to get better every single day.” – Jay Wright

Without knowing exactly what characteristics to look for in people, every talented professional that aims to be a part of your company will look like a cannot miss hire.

1. Wake up ready to compete.

Competitiveness can be boiled down to this: The motivation of a person to surpass an opponent’s knowledge or skills as well as to get better for themselves. While it is easy to see the value this holds for a basketball coach like Wright, I would argue the same importance applies from a business perspective.

When the referee throws up the ball in a basketball game, for the next 48 minutes players initiate their competitive nature. In business, it is just as ruthless despite rarely competing head to head with your opponents. The vast majority of the time, businesses compete independently through customers evaluating their products and services. This makes it more difficult for professionals to know the referee has already thrown the ball in the air or that another team (startup) just joined the game.

2. Character makes all the difference.

John Wooden, head coach at UCLA, famously said, “Winning takes talent, to repeat it takes character.” Repeat is just what Wooden did as he won 10 National Championships over a 12 year period. Following in his footsteps, Wright is elevating character as a critical necessity for his players.

Character is defined as the mental and moral qualities distinctive to an individual. Seeking out people to join your organization or team who make good decisions, have a humble heart, and are willing to work hard for not only the betterment of themselves but for the entire organization is an important thing to be on the lookout for.

Can they be taught and how do you look for them?

Most studies agree that both competitiveness and character are a combination of innate and developed abilities. The “how” is where most people tend to disagree. Wright’s advice for leaders is simple:

“I have learned through trial and error. Players don’t have to have competitiveness and character perfectly, but they have to have it. Then it’s our job to make it flourish. If players don’t have it, I used to think I could save the world and teach them, but turns out they need to have a little bit.”

A strong leader has an accurate sense for identifying character and competitive nature in potentials. Identifying these traits and testing them prior to hiring can be the difference between furthering your business and wasting an opportunity. If you work hard to make people show you their competitive drive and true character, the positive results will speak for themselves.

Ultimate Leadership Academy Do you lead a team and want to go to the next level? Learn more about our 6-month online academy based on servant leadership principles, expert coaching, and practical action plans. Learn more here

Free Welder Leader Profile Assessment Join over 25k leaders and discover how well you are leveraging love and discipline as a leader and find out what profile you are for free.