The 5 Building Blocks of Company Culture 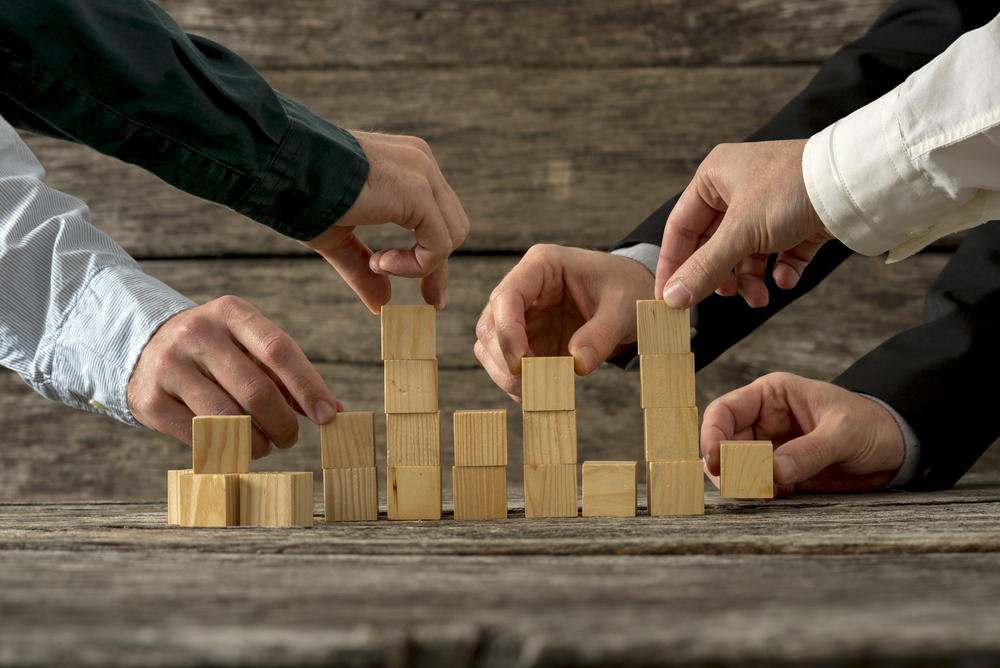 The data is in.  Companies that have elite cultures outperform those who don’t.  Take Chick-fil-A for example.  The company generates more revenue per restaurant than any other fast-food chain in the US, and it’s only open six days a week.

Chick-fil-A’s average sales per restaurant in 2016 were $4.4 million. Its fried-chicken competitor KFC sold $1.1 million per restaurant that year, according to a report from QSR magazine.

While there is a certainly a legitimate argument that Chick-fil-A has better chicken than KFC, it certainly isn’t 4x better. So the natural question becomes, what’s the difference, maker?

The difference comes down to an elite company culture driven by Chick-fil-A leaders and their team members.  While there are many definitions of culture, the actual definition is:

Culture is the shared beliefs and values that guide thinking and behaviors.

We have done extensive research on hundreds of organizations and teams around culture and the data exposed 5 distinct levels of Company Culture. If you haven’t already you can take a free assessment to determine what level currently exists in your company here.

What Makes Up Company Culture?

There are 5 building blocks that make up a company culture.

Effective Leadership – The most critical element of employee engagement revolves around the relationship between boss and direct report.  It’s the linchpin of any organization.  A recent study showed 75% of people leave their job because of their boss, not the company.  If you have front-line managers that aren’t effective at leading other people, it’s hurting your company culture.

Deep Purpose – With the influx of millennials employees in the workforce and Generation Z right behind them, organizations that have a deep purpose behind what they do will continue to retain and attract the best talent.  In order to do this executive leadership teams must define their mission, vision, and values.  Often times these things are defined but aren’t lived out in actions and behaviors.

Army of Ambassadors –  The latest statistics on employee engagement are scary.  As much as 85% of the current workforce aren’t engaged at work.  Instead of exploring all the reasons for disengagement, it’s more useful to determine if the problem exists in your organization. The simplest way to figure out if this out, is by determining if team members are ambassadors for your brand.

Do they talk about what they do with excitement? Do they recommend it as a place to work? Do they plan to work there in 2 years?  If you are unsure or don’t like the answers to these questions, it means there is work to do in creating an Army of Ambassadors.

Optimistic Belief – At the core of any successful business or team is a deep unwavering belief in the future and what is possible. Colin Powell said it best, “Optimism is a force multiplier.” The best leaders know that without optimism and belief, achieving higher levels of success isn’t possible.  Negativity and disbelief come from many places and if they exist in your organization it will eat at your company culture day in and day out.

Competitive Compensation –  Compensation can’t be neglected in any business.  To go back to the Chick-fil-A example, they don’t pay their employees on average more than their nearest competitor KFC.  Where culture begins to be impacted is where the compensation is below or well below industry averages for a sustained period of time.  This can even be impacted by the perception of low compensation by team members vs. actual data that supports the perception.

In order to measure these building blocks, LearnLoft partners with its clients to run a culture survey across a team or organization.  Running a culture survey is often popular when there is a change in an organization such a new leadership, or a merger and acquisition.  It’s an excellent way to determine how committed and aligned a team is to the vision and values set by the executives and front-line leaders.

The survey enables an organization to better understand its team members and establish a direction for cultural change in order to move towards creating an elite culture.

Want to run the culture survey in your organization or team?  Find out more here.

About the Author John Eades is the CEO of LearnLoft a full-service organizational health and leadership development company. He is also the host of the Follow My Lead Podcast and author of Follow My Lead: Standing Out & Being a Leader, and is passionate about the development of modern professionals. Follow him on Instagram @johngeades.