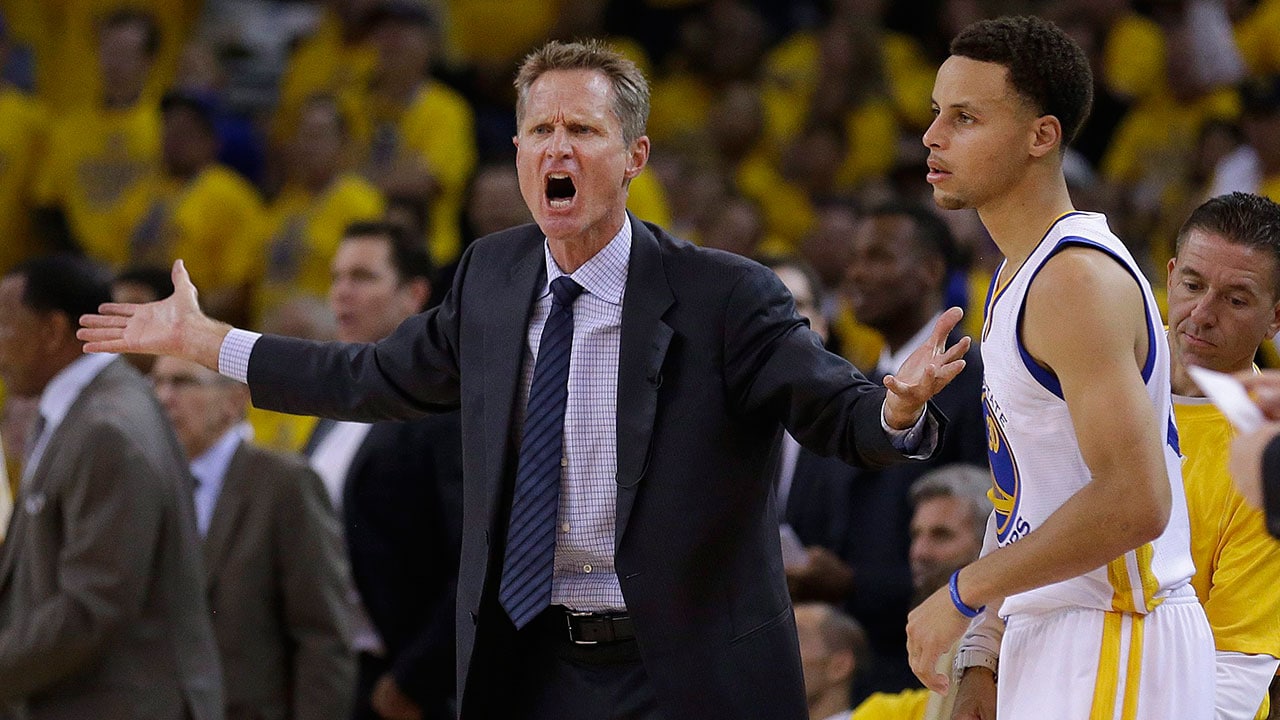 There are leaders, then there are great leaders. When you experience a great leader in everyday life, it’s a different experience.

Enter Steve Kerr, head coach of the 2017 NBA World Champion Golden State Warriors. His team battled the Cleveland Cavaliers, led by LeBron James, and beat them 4 games to 1. Not only did he win his second NBA championship as a coach, but he also holds the highest winning percentage in NBA history and was previously named coach of the year. Here are a just a few takeaways we can learn from Kerr’s leadership style:

1. It’s not about the leader

A few years ago when the Warriors won their first NBA championship since 1975, Kerr almost refused the microphone and trophy after winning. He did the same thing again in 2017 but when he did finally speak he used all of his time to give praise to his other coaches, players, and team ownership.

He knows he is just a spoke in the wheel, and it’s his job to push those around him to levels they didn’t even know they were capable of, without wanting any credit.

2. Talent matters but it’s your job to enhance it

Kerr has been blessed with some of the greatest talent the NBA has ever seen. Stephen Curry, Kevin Durant, Clay Thompson and Draymond Green are elite-level players that any coach would love to have. Kerr has been quoted as saying, “Everyone who gets into coaching in the NBA knows it’s all about the talent.”

While it’s impossible to win titles in the NBA without talent, it isn’t a guarantee for success unless those players are getting better year in and year out. Kerr has made nearly every player he has ever coached not only a better basketball player, but a better human being.

News broke that Kerr was stepping away from coaching the team in the NBA playoffs because of nagging pain from back and neck surgery. Kerr stated he wouldn’t return to the bench until he was fully capable of giving the team 100 percent. There is nothing worse than a leader who doesn’t trust their team to do the job in their absence. It’s a sign of an unhealthy ego and micromanagement.

Kerr showed the ultimate trust in assistance coach Mike Brown and his players by stepping away during the most critical time in the season, and it created a stronger bond of mutual trust between the parties.

While Kerr was absent from games, he didn’t stay away from the team entirely. He was an active participant in practices, game plans, and strategy to help his team be prepared as best as possible when they stepped on the floor without him.

Kerr is famous for being a student of leadership and always working on his craft as a coach. One offseason he went to see Pete Carroll the Seattle Seahawks head coach and Carroll taught him an important lesson: “Your leadership approach has to reflect your identity.”

After that meeting, Kerr identified ‘joy’ as a core value he had to lead with all the time. Knowing your core values is a critical part in finding your authentic leadership voice.

Kerr has built a culture of empowerment with the Warriors. So much so star Draymond Green said:

“So he [Kerr] built a culture to where, one man down, the next man has to step up. And it’s not just on him, it’s on everybody to come together and empower that next man and have his back through whatever the situation is, and ride for him just like you’d ride for coach Kerr.”

This article originally appeared on Inc.com

Free Welder Leader Profile Assessment Through our work and research around what effective leaders do differently we have uncovered the best leaders simultaneously use high levels of love and discipline. In the research five leader profiles emerged (Ruler, Exploiter, Pleaser, Dabbler, and Welder.) Join over 17k leaders and discover what profile you are for free.

Welder Leader for Organizations We are looking for forward thinking organizations wanting to modernize their leadership development programs. Find out more here.